What is Global English Press all about? It’s all about grassroots evolution. And what is grassroots evolution? It is your personal evolution, and that of every individual who seizes the opportunity for continual development and refinement of acquired skills and innate talents, and those who seek to deepen their intimate relationship with their art and craft. It is the potential for personal evolution inherent in the teachings of a parent to a child, from the elders to the youths, and also between colleagues and friends. When kindred spirits meet and align, the potential for evolution becomes magnified, as people work together toward a common goal, carry a common vision, and manifest a community of people in unity. Unified by intention, much gets done. This seems to be the case whether you talk of an individual’s action or about the activity of a collective group. In the case of the individual, this focusing of the mind has measurable effects on the brain. There are specific circumstances and criteria needed for success, but there can be changes in neural connectivity and density for almost anyone at almost any age and stage of life. Maintaining an active brain has quickly come to be recognized as equally essential alongside physical activity and conditioning. The fact of the matter is that both are mutually complementary, and mediated by the brain’s neural extensions, the peripheral nervous system. You have your brain in your fingertips, so flex it.

Global English Press shares analysis of news stories, information, discussion and resources both personal and global, in English and other languages, related to neuroplasticity, also known as brain plasticity (or neural plasticity). This happens to be an umbrella term that covers a broad array of activities, skills, hobbies, learned behaviors, habits, and much more.

Neuroplasticity is essentially the ability of the brain to change and adapt throughout an individual’s life. The amount of change possible with brain plasticity (reorganization of neural connections and increases in neural density) is closely related to, and strictly governed by, a combination of an individual’s “cognitive reserve” and their force of will (their willpower). Cognitive reserve was defined by Yaakov Stern of Columbia University’s Department of Neurology as “the ability to recruit different brain networks to optimize brain performance.” This essentially means that brain performance (including speed, accuracy and overall “strength”) can be improved in a way similar to how physical training can improve physical condition and performance.

In study after study, engaging and “flexing” the brain’s plasticity has repeatedly been shown to be a potential defense against age-related mental decline in the form of dementia and Alzheimer’s disease. In the same way that physical fitness lowers and delays the chance of cardiovascular disease as we age, so too can “mental fitness” lower the chances and delay the onset of age-related mental decline.

The different ways that we can stimulate the brain’s natural plasticity response are quite varied. Some methods are as casual as hobbies, like assembling jigsaw puzzles, while others can be deeply involved lifelong endeavors, such as learning a second language and exploring multilingualism. This site and its pages seek to explore the possibilities that arise from a deeper understanding of neuroplasticity, and suitable application of these insights for health, joy, positivity, community, and personal and collective evolution.

Donate Bitcoin to this address 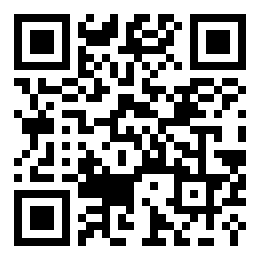